Improve Communications with Your Customers 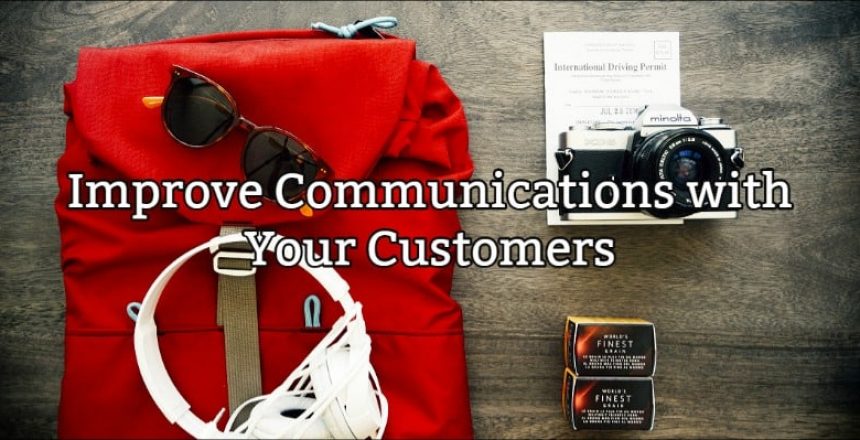 Our oldest dog, Aura, is 13 years old and is hard of hearing. Actually, to say that she’s hard of hearing is an understatement. She is practically deaf. I can be standing inches away from her, and if the direction of my voice comes from behind, she won’t hear me.

The way we communicate with our dogs today is much different than it was just a year or so ago – before Aura lost most of her hearing. For her entire life, I relied heavily on voice commands – to interact with her. Today, because that sense is nearly gone, we communicate with her visually. We use exaggerated hand movements when calling her to us or to show her that her food scoop is empty which means no more food. We’ve also noticed that in addition to relying more on her sight, she stays much closer to us. We assume this sense is also heightened because of the absence of hearing – that she wants to know we are nearby.

This transition in our lives has made me think about business and how to improve communications with customers. Many of us get stuck in a rut and only use one form of communication – or one platform – and often it is based on what you prefer, not what is preferred by the customer.

Finding effective and improved ways to communicate is particularly important in construction, where processes are complex and often time-consuming. I am positive people have told you (from time to time) that your world of acronyms and steps to build or remodel a home, design an educational center or move earth to create the next subdivision is like listening to a foreign language.

According to the University of Alabama at Birmingham, 65% of people are visual learners – meaning they use images, pictures, colors and other visual media to organize and learn information. Thirty percent (30%) are auditory learners. These folks prefer to use hearing to learn and rely on statistics, facts and detailed descriptions. The remaining 5% are kinesthetic learners. They require hands-on activities and want to be actively involved in the process. Interestingly, trade schools tend to attract kinesthetic learners.

As you review your marketing efforts, it is important to keep in mind that the majority of the population is made up of visual learners. Here are just a few ideas of some changes you can make:

How you communicate with your customers (or prospects) can make all the difference – from closing a sale to losing one – or at least having a sale drag out.

What changes will you make so you can improve communications with your customers? Tell me in the comments below.

2 thoughts on “Improve Communications with Your Customers”